Earlier in 2019, when a Brexit-fuelled General Election was looking increasingly likely, Jeremy Corbyn revived discussion about his plans to renationalise the water industry. The mere idea of nationalising the water industry sent shockwaves through the utilities industry. It’s led to some interesting reactions.

Value of the water industry

It was reported that, should Labour win the next General Election, they would aim to pay less than £15 billion to investors. This compares with an estimated £44 billion which is deemed the market value of these investor’s investments. The reasoning for this is to do with the shareholder equity of the 15 different English water companies. The cost would be met by issuing new bonds.

It’s worth noting that this is at odds with other estimates of the total value of the industry. For example, the industry regulator, Ofwat, has estimated the value as £73 billion (including debt).

The news about renationalising the water sector led to a flurry of activity which has been dubbed ‘Corbyn-proofing’. This doesn’t just apply to the water industry. The Labour Party have talked about nationalising other utility sectors too (electricity and gas) as well as railways and the Royal Mail. Corbyn’s reasoning is that profit shouldn’t have a place in public services.

Within the water industry, one such example of Corbyn-proofing was the move by Thames Water to add a clause to its bonds. This additional clause was added with the intention of ensuring that bond holders would be repaid in the first instance in the event of nationalisation.

The news about the potential for renationalisation also brings another problem: fear over new investment in utilities such as water. If investors fear that they will not see good returns on their investment in the sector, they won’t opt to make such investments. They will look elsewhere within the private sector. This could prove to be problematic for the industry, desperate to repair and reinstate large swathes of old mains.

However, there is the issue of whether ‘Corbyn-proofing’ would even work. There have been some assertions that the Government, should it choose to go down the nationalisation route, could simply decide to make legal changes annulling such clauses as that added by Thames Water.

What does matter is the effect it has already had simply by mentioning nationalisation as an option. Indeed, the talk about nationalisation in the spring had significant reverberations. Credit Suisse strategist Mark Freshney stated: “The nationalisation debate has taken something like 10-15 percent off the share prices.”

The future of the water sector

For now a General Election seems to have been diverted. However, British politics is relatively unstable compared with its usually stable persona, and of course a General Election will come at some point not too far away. Whilst there is time for proposed policies to change and experience kick-back, the whole sector should be aware that changes as drastic as nationalisation are always possible. 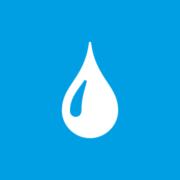 Helping To Plug The Leaks For Affinity Water 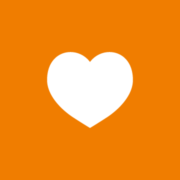 Helping To Plug The Leaks For Affinity Water
Scroll to top

This site uses cookies. By continuing to browse the site, you are agreeing to our use of cookies.

We may request cookies to be set on your device. We use cookies to let us know when you visit our websites, how you interact with us, to enrich your user experience, and to customize your relationship with our website.

Click on the different category headings to find out more. You can also change some of your preferences. Note that blocking some types of cookies may impact your experience on our websites and the services we are able to offer.

These cookies are strictly necessary to provide you with services available through our website and to use some of its features.

Because these cookies are strictly necessary to deliver the website, refusing them will have impact how our site functions. You always can block or delete cookies by changing your browser settings and force blocking all cookies on this website. But this will always prompt you to accept/refuse cookies when revisiting our site.

We fully respect if you want to refuse cookies but to avoid asking you again and again kindly allow us to store a cookie for that. You are free to opt out any time or opt in for other cookies to get a better experience. If you refuse cookies we will remove all set cookies in our domain.

We provide you with a list of stored cookies on your computer in our domain so you can check what we stored. Due to security reasons we are not able to show or modify cookies from other domains. You can check these in your browser security settings.

These cookies collect information that is used either in aggregate form to help us understand how our website is being used or how effective our marketing campaigns are, or to help us customize our website and application for you in order to enhance your experience.

If you do not want that we track your visit to our site you can disable tracking in your browser here:

We also use different external services like Google Webfonts, Google Maps, and external Video providers. Since these providers may collect personal data like your IP address we allow you to block them here. Please be aware that this might heavily reduce the functionality and appearance of our site. Changes will take effect once you reload the page.

The following cookies are also needed - You can choose if you want to allow them: